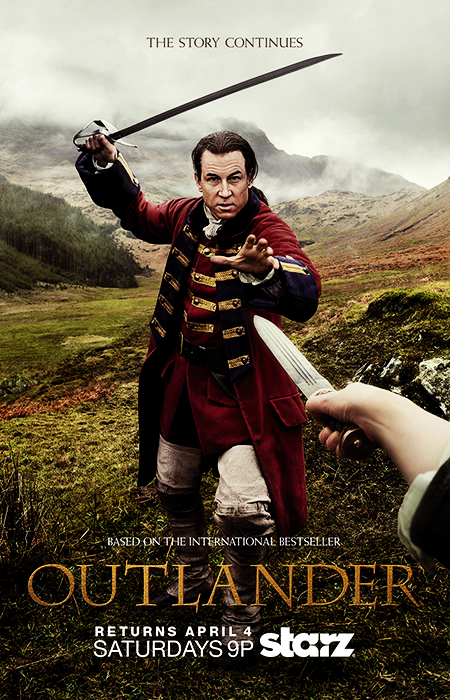 Synopsis: An English combat nurse named Claire Beauchamp Randall from 1945 is mysteriously swept back in time to 1743 before the Battle of Colloden where she meets a Highland warrior named Jamie Fraser who is hiding his own secrets. Hot on their heels is the nefarious Captain "Black" Jack Randall who harbours an obsession for Jaime. In the meantime Claire's husband, Frank Randall, searches for his wife after her disappearance.