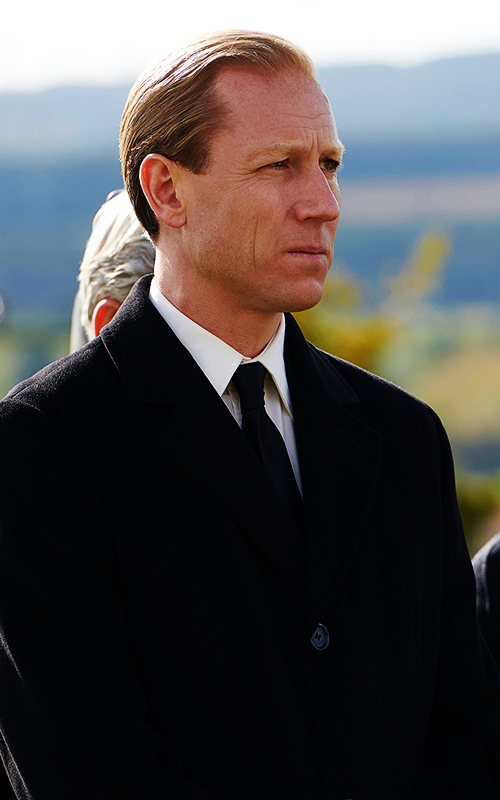 As Tobias Menzies fully embodies the hubris, humour and complexity of Prince Philip in series 3 of The Crown, he says he’s formed an allegiance to the royal and is eager to defend him against the show’s assertion that he was perhaps a cold father to Prince Charles.

One particular episode portrays Philip as a “tyrannical” patriarch to a young Charles – played by Josh O’Connor – which is at odds with his natural conviviality and warmth towards his daughter Princess Anne (a breakthrough performance by Erin Doherty).

“The show takes a hard line that it is a very troubled relationship between Charles and Philip,” the actor told Harper’s Bazaar UK. “And obviously we’ve heard from Charles’ point of view more – his book with Dimbleby [Prince of Wales: A Biography by Jonathan Dimbleby] where he spoke quite candidly about the parenting he received.”

“Philip really isn’t on record talking about it. In the show, we suggest he was a distant father, sometimes even a tyrannical father.

“I want to defend Philip in this regard,” he continued. “There’s a real contradiction in the end [because] there are also examples that Philip was a pretty hands-on dad, that he was pretty present, and parented with a lot of humour. You see Charles and Philip laughing. So, I can’t really tell where the truth lies.”

The series often speculates that Charles’ beloved great uncle Lord Mountbatten – played by Charles Dance – may have provided more of a paternal figure to Charles. It also features a lovelorn and desperate Charles reaching out for guidance and support from his exiled uncle Edward Edward VIII over his tangled relationship with Camilla Shand.

Menzies conjectures that Charles’ vulnerability and sensitive nature may have clashed with Philip’s stoicism and cantankerous temper. But the drama celebrates Philip’s softer spiritual side too.

Philip is a complex person, and I’m sure he had a temper on him

“So you can see there must have been challenges for Charles, who clearly was a sensitive boy,” he continued.

“In a way, we are projecting our imaginations in areas that they really have been very private about, and they don’t make statements about. The amount of personal stuff in the public domain is so minimal.

“Charles has published more, and said more and been more open about his feelings, as have his sons [Prince William and Prince Harry] which is due to the change of the times, but also different personalities.”

Menzies also admitted that playing Prince Philip has enhanced his empathy and admiration for the royal family, who he acknowledges are afforded limited freedom despite their huge privilege. And although he remains a staunch republican, he appreciates the service the family has given to the country.

The new series delves into the hard lessons the royals learn about letting their emotions, opinions or idiosyncrasies slip in public, despite the contradictory nature of the nation’s expectation that they emote fully in the wake of a tragedy.

“Looking at those lives and that institution – I don’t think I would handle it well, it’s not a life I would like to lead,” the star contemplated. “It has huge privilege, there’s no taking that away, but it’s not without its restrictions, and I don’t know how free a life it is. They can’t do what they want.

“I would say before I started working on this – it’s probably still true – that I am more of a republican, and I think I would rather an elected figurehead. That would feel a bit more grown-up.

I am more of a republican, and I think I would rather an elected figurehead

“I’m not sure an elected representative would necessarily do a better job,” he added. “The honest answer is that before doing this show, it wasn’t a person or a family or institution I had thought much about. They are part of the furniture of our country, but now that I have thought about it, there’s a lot to admire about them – and they have certainly given a lot of service to us.”

The younger generation of royals are being rolled out in series three, including the charming and unpretentious Princess Anne, the aforementioned endearing naivety of Prince Charles, and a wily and spirited Camilla Shand.

“Emma has arrived as Diana and she’s already uncanny and it’s really exciting,” he said. “It’s really interesting with series four because you can really feel the younger generation taking over the show.

“It’s fascinating to see the start of the Diana story, but it’s so hard not to view it though the incredibly tragic lens that you know it’s heading towards. The natural Greek tragedy of it is so heartbreaking.”

When asked which actor Menzies could imagine taking over from him after series four, he added: “Funnily enough a lot of actors who could do it have already appeared in The Crown. For example, Charles Dance is in this, but he’d have been a great fit. Stephen Dillane, but he’s been in season two [as artist Graham Sutherland].

“Bill Nighy could be a good one. But that’s not my job though, thank god!”

Menzies also stars in Aisling Bea’s This Way Up, available to stream on Channel 4 On Demand.

The Crown series 1-3 is available to stream on Netflix now.

PreviousTobias Menzies Takes On The Crown
NextWho is The Crown’s Tobias Menzies? Here’s Where You May Have Seen The Actor Before.