Why Game of Thrones fans should binge HBO's Rome 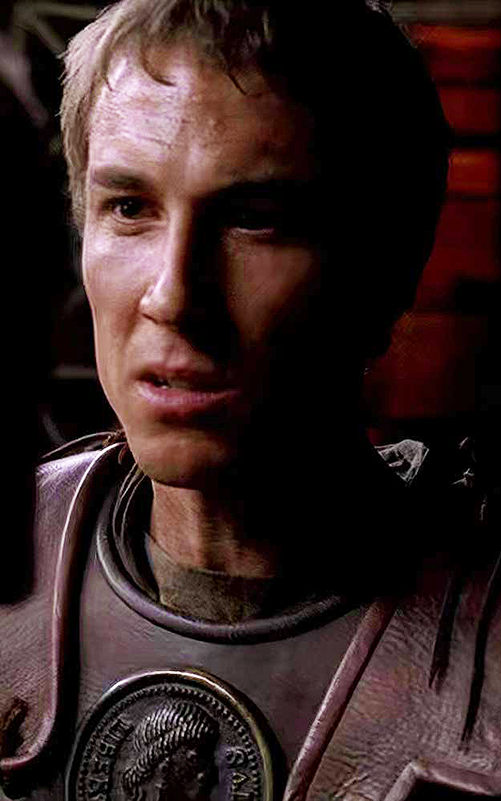 For your self-quarantine consideration: HBO’s other sprawling R-rated sword-swinging epic of rival families vying for power.

Sword fights and war, along with copious nudity and sex.

A dash of prophecy and magic (that may or may not have influence).

Before there was Game of Thrones, there was HBO’s Rome, an underrated two-season binge-worthy epic that was canceled all too soon. So many shows are vying to be “the next Game of Thrones,” yet one of your best options to feel a bit like you’re returning to Westeros is this title from 2005.

The story of the rise of the ambitious and cunning Julius Caesar (Hinds, who played Mance Rayder on Thrones) and his souring friendship, and eventual civil war, versus general Pompey Magnus (Kenneth Cranham). Mark Antony (a magnetic James Purefoy) is Caesar’s lusty waggish general, Brutus (Menzies — Edmure Tully on GoT) is a conflicted Roman senator, and Atia of the Julii (Polly Walker) is Caesar’s scheming niece. Another thread follows two of Caesar’s soldiers, Lucius Vorenus (Kevin McKidd) and Titus Pullo (Ray Stevenson), who have various adventures amid the power players (with Varma — Ellaria Sand on GoT — playing Vorenus’ wife Niobe).

At the time, Rome was considered one of the most expensive shows ever made, if not the most — roughly $100 million was splurged on its 10-season debut season, with the tab split between HBO and the BBC. The expense is very much on screen with the show’s elaborate world-building sets in Italy, ornate costumes, and populated scenes featuring large numbers of background actors. And it’s tempting to think of Meereen every time the action shifts to Cleopatra in Egypt (one difference with GoT, however, is that key battles in Rome take place largely off-screen — a precedent Thrones producers had to fight to overthrow when it came time to film season 2’s Battle of the Blackwater).

Some behind-the-scenes Thrones talent is involved with Rome as well. Director Alan Taylor, who helmed several pivotal GoT episodes including the first season’s ninth and tenth hour, likewise rivetingly staged the final two episodes of the first season of Rome (there’s also a shot that Thrones fans will find rather familiar — a child clinging to a statue in a crowd to watch a public spectacle unfold). GoT directors like Tim Van Patten, Jeremy Podeswa, and Alik Sakharov also helmed Rome episodes. The overall performances and directorial skill often feel on par with Thrones as well (Caesar’s final scene is as disturbing as any demise in Westeros), though the show’s writing is occasionally uneven.

Ratings for Rome were solid, but not enough for HBO to justify a third season. HBO decided to cancel the series while the second season was still being written, resulting in creator Bruno Heller (who went on to create CBS’ The Mentalist) having to compress history a rather extreme amount in order to give the show a satisfying conclusion (if you thought the slight time jumps in Thrones season 7 were jarring, wait until Octavian ages a decade in one episode).

Later, HBO executives would privately admit canceling Rome was probably a mistake. If Rome had been born just a few years later, it would have likely enjoyed a longer reign as the metrics for TV success were rapidly shifting from overnight numbers to delayed viewing. And in today’s streaming universe, Rome would have worked just fine.

“Rome was the first show HBO shot out of country with a large budget that was a period [drama],” Heller said in 2014. “The mistakes we made are the mistakes Game of Thrones learned from. Many of the directors and producers are the same. One of the challenges from HBO’s point of view was Rome had a large and ambitious structure but we were making it up as we went along instead having those wonderful books … It ended for reasons other than running out of things to say. I loved it.”

Rome is available on HBO Now and also currently on Amazon Prime.