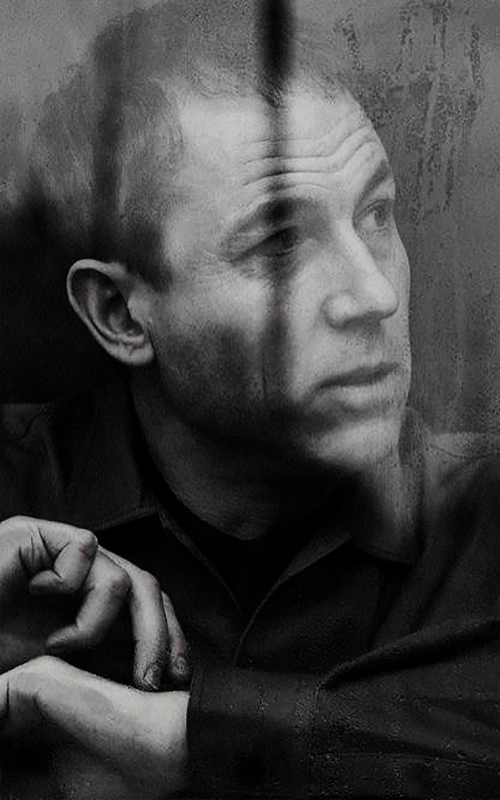 Tobias Menzies, it seems, knows how to pick a project. Over the last few years, the RADA-trained British actor has appeared in a string of mammouth television hits, playing Catyln Stark’s hapless brother Edmure Tully in Game of Thrones, an evil MI6 suit in The Night Manager, a tactless OBY-GYN doctor in Catastrophe, and two distinct characters—a ruthless, 18th-century army captain nicknamed “Black Jack” and his rather more docile 20th-century descendent, Frank—in Starz’s fantasy series Outlander, for which he received a Golden Globe nomination. Then there are his film roles in both festival-friendly indies (such as Una, which premiered at TIFF last September) and blockbusters, like the recently-released Underworld: Blood Wars, in which he plays stringy-haired Lycan villain Marius.

“Underworld is, obviously, a huge genre piece with a very particular kind of aesthetic,” Menzies explains over the phone from London. “In a way, [it requires] a very type of performance to make that material work,” he continues. “They can be complicated things to rattle with, because there’s obviously so much story to link in with prior films, and the pressure of the genre and the audience.”

Next up, Menzies will star in the series The Terror about a Royal Naval expedition to the Arctic alongside Ciarán Hinds and Jared Harris. “We did five weeks before Christmas and I’m about to go back,” he tells us. “It’s an amazing story. I’m really, really excited for what we’re making.”

EMMA BROWN: What did you want to be when you were five years old?

TOBIAS MENZIES: My great passion as a child was tennis. I spent most of my childhood playing competitive tennis—a lot of tournaments. That was what I was nuts about, what I used to dream about. The brutal truth was I probably wasn’t quite good enough. It can be a tough profession. In my mid to late teens I got interested more in girls—puberty [laughs]—and then suddenly I wasn’t playing so much.

BROWN: How did you end up at RADA?

MENZIES: Initially, I didn’t specifically want to concentrate on acting. When I left school, I was really interested in theater-makers, companies like Complicite and Shared Experience who were devising their own work. That’s what I was very excited about. I was also watching a lot of dance-theater and contemporary dance. I tried to go to the Lecoq school in Paris, which is where a lot of the Complicite lot went, but I couldn’t get the money together for that. What I could get a grant for was drama schools in England, and so I thought, “Maybe I’ll start with that.” When I got to RADA, I was surrounded by a lot of people who had wanted to be actors since they were yay high and by the time I left, I’d really caught the bug for acting, the bug for straight performance. I didn’t come out and make my own company, which was what I had planned to do when I was younger. The training was very orientated towards theater, so I think I naturally assumed that I would do more theater, especially early on.

Interestingly, my first job out was a screen job on long-running medical drama here called Casualty. I got a semi-regular part, so it was a great emergency training in screen [work]. It meant that I could immerse myself in that medium and get a lot of exposure to being in front of a camera.

BROWN: Of your recent characters, is there any one character that feels closer to who you are as an individual than the rest?

MENZIES: I don’t quite know how to answer that question. The type of acting that I’m interested in, that I aspire to, is where I try and drag a lot of myself into whatever character it is. They can be very different types of characters, [but] at the heart of it, I always wanted to be a very, very believable and rooted in reality. One of the ways of doing that is to root it as much as you can in your own experiences and then tint those with different hues, different colors to give the different characters their way. The real thread through it is trying to drag as much of myself into these things. If you are playing a very dark character, that can humanize them and make them relatable, which is an interesting thing to do to with a character who is on the surface highly immoral and reprehensible. It makes it harder for the audience to discount them—they have to engage with them more. Then maybe doing the opposite with more seemingly likeable or honorable characters, making them a bit more complicated. I think the example of Outlander is an interesting one, because I was asked to play two different characters. On the face of it, Frank, I would say, is much closer to who I am as a person, and Jack is a stretch, but in both cases I’m hopefully cross-fertilizing those two to make them more interesting, more rounded portrayals.

BROWN: Have you ever been turned off by that—thought about playing a character, but felt that you didn’t want to tap into the side of yourself?

MENZIES: No. I really enjoy the darker side of things. It’s the type of work that I like to watch. I know some actors do—[they feel] fearful of how they’ll be viewed. But invariably, I find dark material can be very, very rewarding to inhabit and investigate. That’s never really been a concern of mine.

BROWN: When you are playing a more supporting role, how far beyond the script do you go in terms of finding common ground with the character? Do you create an entire backstory?

MENZIES: It really varies. If you have the luxury of a longer lead-time, then you have more of that background work. It can be some of the hardest work you do, actually, just going in for just a matter of days or a day on a project. It’s hard to get your feet under the table and get the tone of the piece and what everyone’s trying to do. I remember going in and doing just one day on the film Atonement. It was the scene with James McAvoy where he meets my character on the Normandy beaches—just one scene, and probably a page and a half. I arrived to be told that that page and a half was at the beginning of the three-minute, single-track single shot, which would take in the whole beach and 2,000 extras. It was a huge crane shot beginning with this dialogue between James and I. [I’d] only just met everyone, so you have to be so fleet of foot. It was a big thing to go into. You really earn your money on those days.

Time is the most precious commodity during filming and everyone’s kind of fighting for it. Someone famously said, “You get paid to wait and the acting is free,” and you have these intense bursts of concentration where you have usually just a few handfuls of takes to get what you need. With a lot of TV, that can result in actors having to arrive already having planned what they are going to do, and the possible danger of that is it’s a bit pre-packed. One of the great luxuries when you have a bit of time is that you can give yourself a few different routes through a scene and that gives more options in the edit. You hear tales of actors like De Niro getting 50 takes—I’ve never come even close to that, so I look forward to that day. [laughs] Maybe I’d be freaked out.

BROWN: You just need to work on a David Fincher movie.

MENZIES: I would be profoundly fascinated to know what that would do—I suspect you would probably stop acting so much, because you would become tired and maybe bored, and you’d go through various different stages. Then maybe something more intuitive and unconscious would start to kick in. Did you see Blue is the Warmest Color? It’s a remarkable film, and [the director] just completely wore those actors down by doing so many takes. They would go through various stages of frustration and boredom and fury, and eventually their minds would be off of their performance and something alchemical would occur.

BROWN: As an actor, would you find it worth all that?

MENZIES: Yes. In that you get these remarkable performances from them, and it is because it seems remarkably raw and there seems no artifice about it. So whatever was going on, it did pay creative dividends. That would definitely be something I would be fascinated to know—I’m always wanting to get beyond one’s own tricks and surprise myself.

BROWN: Have you ever had to really fight for a role?

MENZIES: I feel like I should have one of those “I wrote a letter and delivered it to their door” kind of stories, [but] all the times I have done that, they have bore no fruit whatsoever. [laughs] All the work I’ve got is through a pretty standard route. I remember as a very young actor doing a play at the Almeida, a Chekhov play, and I heard in the dressing room that the late, great Robert Altman had seen the play that I performed. Someone said that he was staying in a hotel in Knightsbridge, and so I wrote a letter, put my CV and my photo in it, and went on foot and delivered it to his hotel. I don’t know whether he ever read it.

UNDERWORLD: BLOOD WARS IS OUT NOW, OUTLANDER WILL RETURN FOR SEASON THREE THIS SUMMER ON STARZ. THE TERROR IS DUE OUT ON AMC LATER THIS YEAR.