Tobias Menzies Takes On The Crown 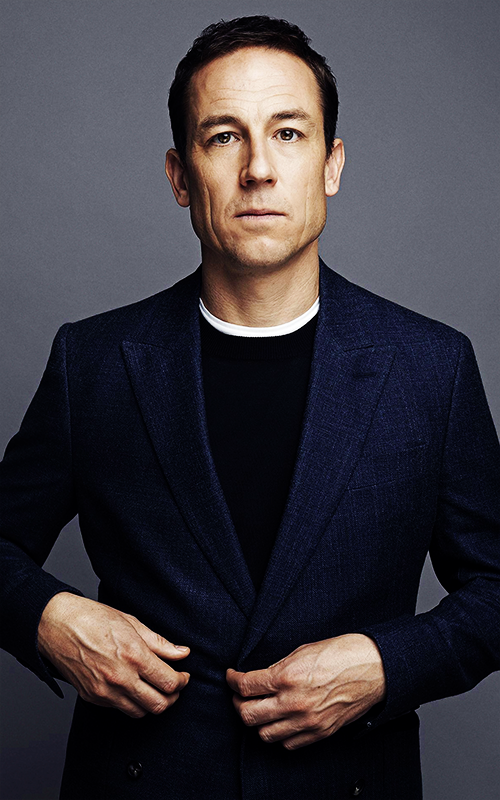 The ‘Game of Thrones’ and ‘Outlander’ actor discusses taking on the biggest supporting role there is: the Queen’s husband in Netflix’s critically-acclaimed series ‘The Crown’

When Tobias Menzies was auditioning to take over the role of Prince Philip on The Crown, Netflix’s decade-leaping dramatisation of the lives of the British royal family, he became fixated on a 1984 TV interview with Queen Elizabeth II’s husband on YouTube.

“I started dreaming about this interview,” he says, recalling how he watched the clip on loop to perfect Philip’s voice and mannerisms. “The physicality and vocal quality [are] a massive part of the role [because] they’re so visible. Everyone thinks they know what they sound like and how they move.”

We meet on a sunny afternoon in October in one of the meeting rooms in Netflix’s London HQ, each of which is named after a characters in one of its original series. Unfortunately, the ‘Prince Philip’ conference room was already occupied.

The Crown has been arguably Netflix’s biggest TV success, garnering 26 Emmy nominations for its first two seasons, which had an estimated combined budget of $100m. It has spurred further investment in European dramas from the platform, and seen it invest in an all-star cast for its third outing. It also gives Netflix a tentpole series with multi-generational appeal: a nostalgic period drama piece for Downton Abbey lovers and a taut family drama for fans of Succession.

The first two seasons, which kicked off with Liz’s marriage to Philip and wrapped up with the birth of their third son, Prince Edward, featured Claire Foy and Matt Smith as the young Queen Elizabeth II and Prince Philip. Their extended family was rounded out by the likes of Matthew Goode and Vanessa Kirby.

For its third instalment, which lands on Netflix today, The Crown takes an audacious leap into the future, culling nearly all of its cast and replacing them with older iterations. Olivia Colman dons the crown as the new Queen, Helena Bonham Carter is her sister, Princess Margaret, and Josh O’Connor plays a young Prince Charles.

Menzies’s YouTube preparation worked, with the actor subsequently bought on to play Philip for seasons three and four, before another reshuffling for the final two. The 45-year-old actor is no stranger to monster television franchises, having played Edmure Tully on Game of Thrones, and both Frank and Jonathan Randall in Outlander, the latter of which earned him a Golden Globe nomination. More recently he’s appeared in This Way Up, playing a grieving father who becomes romantically involved with his son’s teacher.

Born in North London and trained at the Royal Academy of Dramatic Arts, Menzies’s stage and screen career has seen him play a slew of stately, dignified men. His sharp jaw and intense gaze give him something of a Resting Villain Face, which, along with the gravitas he has when speaking, may be responsible for the frequency with which he gets cast as doctors, lieutenants and counts.

Playing Prince Philip is perhaps the culmination of note-perfect turns as naval captains and evil knights: a man with a sense of duty, but one who struggles to submit to it fully. Not quite a villain, but a complicated hero.

After landing the part, the work of understanding who the Duke is underneath his public persona really began. “The royal family were not particularly on my radar,” Menzies says. “Which I think is quite common in this country. They’re just part of furniture.”

He has, he says, gained admiration for Philip through understanding his service and duty, despite the politics of the royal family. “I don’t think it’s a life I would like. To go into all those rooms and have everyone be tongue-tied and shy,” he says. “I think that’s where some of the dodgy comments come from: the temptation to get something going, however ham-fisted. There’s an energy about him, he seems hotter than the Queen”.

It’s a more mature Philip we find in the third season, not just in the obvious physical sense, but in that what was burning him up seems to have been put out, for the most part at least. Colman has recently said she was “doing an impression of Claire [Foy] for the first couple of weeks’ filming”, and while seeing entirely new faces playing the same people certainly takes some getting used to, Menzies has captured the same weary exasperation, cut with a streak of roguishness, that Matt Smith brought to the part.

Minor historical inaccuracies aside, what most people care about is whether the series is really a portrait of the private lives of these very public people. “Part of the thrill of the show is that we’re imagining ourselves into what they’re like getting ready for bed, when they get upset, or cross,” Menzies says. “All these things you don’t have footage of.”

That said, he does struggle to imagine the Duke of Edinburgh settling down to watch this strange production of his own life, even if the series has succeeded in humanising the royal family where others have failed. “I anecdotally heard that some of the younger generation do watch the show,” he says, grinning. “I’d be fascinated to know if he did.”

The final episode of season two ended with a shot of the Queen’s head buried in Philip’s arms, a symbol of the standstill their marriage had become. In the third season, the camera pulls back from their domestic tension, widening its focus to take in the national scandals and historic events that defined the Seventies.

These include moments that rocked the royal family, such as the Aberfan disaster, in which 116 children lost their lives when a slag heap collapsed on a Welsh school, as well the death of Winston Churchill, and Princess Margaret’s long-standing affair. In moments like the ascension of Prince Charles or the slow decolonisation of Africa, you can see the royals’ awareness of a world that’s shifting beneath their feet. It’s a testament to the quality of the writing, directing and acting that The Crown maintains its suspense, despite being based on recent and well-recorded history. The idea of the show having spoilers should be laughable, and yet it’s attracted many for whom history feels like a soap opera.

In one episode, ‘Moondust’, the Apollo 11 moon landing towers over all other historic events, making them seem suddenly insignificant. If season three is a series of concentrated character studies, then this is Philip’s moment of reckoning, with the space mission running parallel to his moment of mental crisis.

He becomes obsessed with meeting the astronauts who completed the mission, looking at their feat as an example of what he might have accomplished with his life, and believing – endearingly – that it could have been him placing the first footprint on the moon.

“It’s obviously part-ridiculous, but it’s touching to see the vulnerability of that thinking,” says Menzies, whose performance in the episode is excellent. “He’s a character who is energetic and active and in his highly ceremonial role. He’s spent his life opening things and cutting ribbons.”

At times the third season has a claustrophobic feel to it, and the corridors of Buckingham Palace feel darker, as though they wind endlessly without leading anywhere. A Labour government has been elected with an anti-monarchy stance, and the Queen’s longstanding supporter, Winston Churchill, dies soon after. As newspaper editor Cecil King says at one point, “This is no longer peacetime”.

“I think it feels heavier, like we’re moving into the middle age of this story,” Menzies says. “It’s less romantic and it feels more like the hard work of sustaining this institution. A little darker.” He pauses. “It’s good.”

The Crown is on Netflix from today