Outlander’s Tobias Menzies: “When I started acting, I found a place and a release which I didn’t find in my own life” 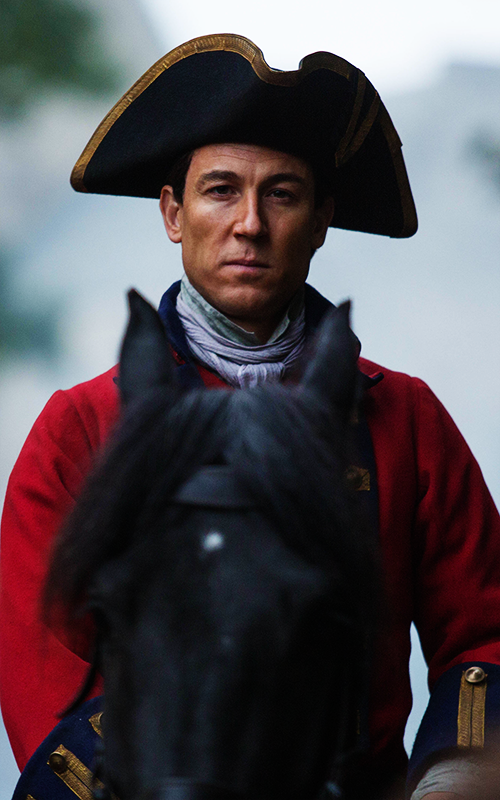 “There are two characters, but between each of them is a genuine range of psychologies and emotions.” – Tobias Menzies on his ‘Outlander’ Characters

Time travel movies and television shows regularly feature actors playing multiple roles to represent their ancestors and descendants — just think of the Back to the Future trilogy — and Starz’s series Outlander is no exception. In the series — which takes place in both the 1940s and the 18th century, actor Tobias Menzies plays historian Frank Randall — the husband of the time-displaced British Army nurse Claire — and also “Black Jack” Randall, who looks like her husband but is a cutthroat British Army officer. In an interview with the Daily Mail, Menzies spoke about both the challenges and the enjoyment of portraying two distinct characters on the same television series.

As an actor, Menzies sees playing two characters on one series as a unique and enjoyable opportunity. He says, “That’s been one of the exciting things about this project. There are two characters, but between each of them is a genuine range of psychologies and emotions.”

Portraying the villainous Black Jack is more challenging for Menzies because he has to ensure there is more depth to him than just being evil. He explains, “The job playing him is not to become too extreme, too camp, too mustache-twirling. And never to let the audience off the hook and discount him as JUST a monster. There are moments where you see some heart and genuine humanity. To show that range pays dividends, I think.”

As a whole, playing both roles on the show — and acting in general — brings Menzies fulfillment. He reveals, “When I started acting, I found a place and a release which I didn’t find in my own life. I was able to be more than I was able to be day-to-day, and that was the pull. And I suppose it still is.”

Previous‘Outlander’ actor Tobias Menzies of his character double duty: ‘I like to watch characters who don’t show their hand straightaway’
NextOutlander’s Sam Heughan and Tobias Menzies open up about that rape scene