Outlander’s Tobias Menzies on Playing Torture Scenes, Going Full-Frontal, and Getting Back on Game of Thrones 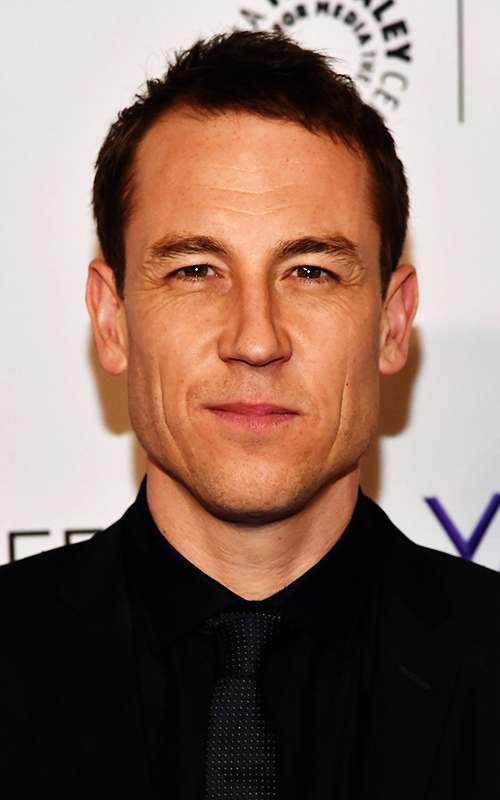 Spoilers ahead for the most recent episode of Outlander.

Just when it seemed it couldn’t get worse for Jamie, it did — much worse. His stay of execution from the hangman’s noose came at a high cost — quality time with his nemesis, Black Jack Randall, the man responsible for the scars on his back and the price on his head. Tobias Menzies, who plays Black Jack with chilling menace, pulled back the curtain on what it was like to play the torture scenes in this lead-up to the finale, going full-frontal, and his wish to return to Game of Thrones as Edmure Tully, the groom of the Red Wedding (if only we could make it so).

Menzies: You said you were going to work on getting me back on Game of Thrones. What did they say?

Well, clearly we’re too late for season five, but I think it could work for season six. And David Bradley wants to come back to show what’s happened since Walder Frey imprisoned Edmure Tully. He said he’s “straining at the leash” for that bit.
David Bradley! Oh, yeah. I’m totally onboard. I love that we’re plotting out the next seasons of one of the biggest shows! [Chuckles.] I’m not sure they’re going to listen to us, but maybe the Blackfish and Edmure Tully can get back together.

Or maybe Edmure can meet up with … his sister.
Like a ghost? Like a haunting or something? I should be taking notes here.

Not quite a haunting, but fans were hoping to see her again in another capacity. Might not happen, though.
Who knows? Give them a multiple choice. I do wonder if they’ll be able to tie up all the ends. Some, they might just have to leave alone. I think it’s going to happen, though! I’m excited. You’re basically going to get a cut of the fee. What do you want? Five percent? Ten percent? All the stars are aligning. [Laughs.] I’d love to go back, and Northern Ireland’s just across the water.

In the meantime, let’s talk about the scenes you shot in Scotland. This episode, we’re getting a big dose of Black Jack Randall torturing Jamie. We’ve seen him flog Jamie before, but this is something different. He wants Jamie’s surrender.
I very much wanted it to be, from what I got from Diana Gabaldon’s writing, and what I wanted to push beyond Diana’s writing, is that for Jack, this is an investigation into sadism. That’s what I got interested in, and this is a graphic demonstration of it. Up until now, we haven’t seen Jack as a threat, apart from the flogging, which was in flashback. We’re seeing him now do what everyone knows he can do. It’s one man emotionally, psychologically, and physically dismantling someone else. Some of the things that are done to Jamie are very unpleasant and violent, more so because of the precision. It’s not done out of fury or loss of control, and that’s what makes it more chilling. It’s different than the flogging, which is just the start of the story. The shocking violence of that you needed at the beginning, but by the time you get to Wentworth Prison, there are other things that you need.

Plus, it’s been years since that flogging …
His interest has been piqued, and he’s been outwitted a few times now by Jamie, and so it’s been in gestation for years now to get to this point, to get this person under his control, away from everyone else. And he goes to some considerable effort. This is not his jurisdiction. And he rescues Jamie from the noose, which speaks to some passion in him for this person, this man. But it’s shadowy. I’m not sure Jack would be able to be coherent about those feelings. But this is someone he wants to get to know better, now that he has these hours alone with him. However, you think of how Black Jack Randall expresses himself, he is expressing himself. So there’s an intimacy about the transaction.

When Black Jack hammers Jamie’s hand and nails it to the table, how did you guys pull that off?
They did an amazing job, creating this prosthetic imitation of Jamie’s hand, which we were able to hammer a nail into and rig it with blood. They cheated it into the sleeve, so Sam [Heughan] had his arm under the table, and it looked like his hand. It was quite a delicate thing, and they had it wired, animatronics, so the hand could contract. It was really clever work, and hopefully that adds to the severity of it! Plus, we were in this gloomy, rat-infested room. Jail cell rats. I don’t mind rats, really. But these were more amenable, more docile than your New York subway rats. Stay away from those! [Laughs.]

Previous to this episode, in the attempted rape of Jamie’s sister Jenny, you did a little full-frontal nudity. Not that you’ve shied away from that before …
We’re all old and hairy enough now; we all know what it is! [Laughs.] I didn’t bother with a modesty pouch, because that’s what the scene is about — is he up or not? And if nudity is necessary within the narrative, then I don’t have a problem with it. I don’t think male actors get the same sort of prejudices associated with it. If a guy gets his kit off, I don’t think he’s thought any less of, but it can be a challenge for female actors, if they get a reputation for that.

They were having a conversation about some male extras doing nude scenes while shooting Game of Thrones, whether or not they should be circumcised …
See, that’s a brilliant conversation to be a part of! What does it mean historically and all of that. It’s more normal in the U.S., much less so than in the U.K. But no, that’s not one of the conversations we had. Are you asking if I’m circumcised? No. I’m not. Just to be clear. [Chuckles.] Where have we gone here?! But I didn’t bother with a modesty pouch, or the cock sock, a slightly more brutal phrase for it. I didn’t get one.

How do you think Black Jack Randall would fare against Ramsay Bolton?
[Chuckles.] I think he could handle him. He’d fare quite well. Ramsay’s kind of small. Maybe there’s a conversation to be had between the two of them.

On technique? They could be torture buddies.
God forbid! [Laughs.]