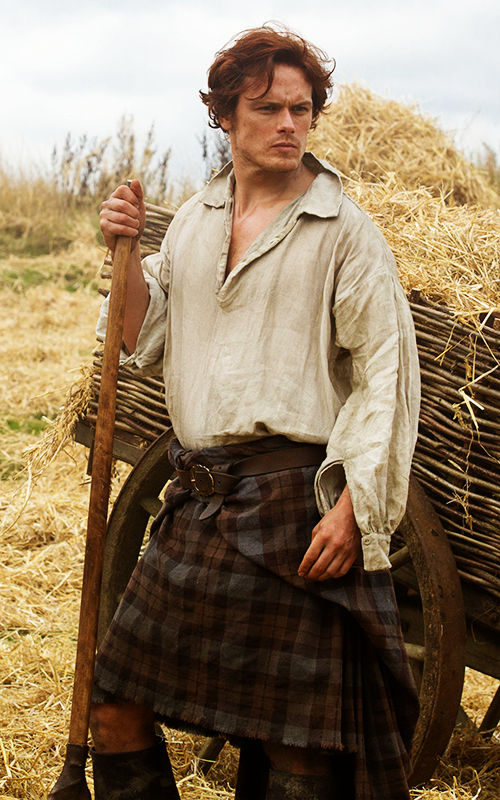 Forcing us to watch every grueling detail – and its aftermath – was the only way to respectfully cover Jamie’s rape.

Spoilers for the “Outlander” season finale lie ahead!

After two long, literally torturous weeks, “Outlander” ended its first season with a happy moment for its characters and fans — Jamie (Sam Heughan) and Claire (Caitriona Balfe) sailed off to France in more or less one piece, with a baby on board to boot. However, before we were given that happy moment, fans also had to deal with Jamie’s continued rape and torture at the hands of Jack Randall (Tobias Menzies)… and believe it or not, we might be better for it.

Too often lately, we’ve seen television shows cavalierly use rape as a means to raise dramatic stakes, upset viewers who are attached to a certain character, or — probably most unforgivably — to spurn other (usually male) characters into action. “Game of Thrones” may or may not have caused some fans to abandon ship when they wrote in the rape of Sansa a few weeks back, which is why it’s — refreshing, somehow? — to see how “Outlander” treated Jamie’s rape storyline.

Of course, no one wanted to see Jamie violated and humiliated by Jack Randall. But given that this was such a defining moment in Diana Gabaldon’s books — a moment that stayed with Jamie and was frequently brought up for years afterwards — most fans probably figured that the rape would stay. And since it did, I’m glad that the scenes were as vomit-inducing and literally hard to watch as they were. Because that’s how much rape really f–king sucks, and in real life you don’t get to turn the camera away when it’s happening… or during its aftermath.

If Jamie’s rape had been glossed over, if he had walked away the following week then moved on to the next adventure like nothing had ever happened, it would be doing a serious disservice to a crime that 1 in 6 women — and 1 in 33 men –experience in their lifetimes. According to Scott Berkowitz of the Rape, Abuse and Incest National Network (RAINN), RAINN’s National Sexual Assault Hotline receives a noticeable increase in calls whenever there’s a portrayal of rape on a popular television show. And since “Outlander”‘s audience is overwhelmingly female, you can bet on the fact that a sizable number of the show’s audience has experienced something similar… granted, probably without the branding and the hand-hammering.

Those viewers, many of whom have followed Claire and Jamie’s story throughout several books and 16 episodes of television, deserve better than to see a heinous crime that happened to them in real life tossed aside quickly, like it was Claire’s wedding dress or Laoghaire’s affections. What “Outlander” did instead — show how people like Jack Randall think they can claim ownership of other people’s bodies, then show how this attitude can have devastating affects that make sexual contact and day-to-day life extremely difficult for those who have been affected — was far more respectful, and truthful to real-life experience. We watch television to entertain, inspire and uplift us, but even when things get bad for the characters we love, they should still be done well enough as to not make us feel s–tty when we go to bed at night… as to not take something as life-altering as a rape and make it a case of the week-style problem.

Now of course, I’d be remiss if I didn’t mention the fact that, unlike pretty much every other rape you see on television, Jamie’s rape on “Outlander” was male-on-male. I’m just as concerned as you are that the only LGBT character currently on the show is a violent, raping sadist — which, if I’ve heard correctly, was the popular misconception of that time. But since the issue of rape was presented with such gravity, and since a great gay character named Lord John Grey should be showing up soon if they stay close to the books, I’m choosing to stay optimistic that “Outlander,” which has been so unapologetically feminist since its inception, won’t disappoint its LGBT fans. 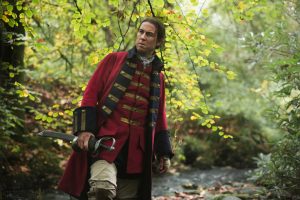 I’m also endlessly curious about an alternate reality in which Captain Jack Randall had raped Claire instead of Jamie. Would the crime have been presented as sadistically if it was a man doing it to a woman — like it is the majority of the time — or would it have been given the same glossed-over treatment that male-on-female rape is given everywhere else? Would the audience stay with Claire — bearing witness to her suffering both in the moment and in its aftermath — or would the camera pan away, letting viewers know that it’s time to move on?

The abysmal treatment given to female rape victims on other shows isn’t “Outlander”‘s problem to fix, but let’s hope that — if other shows keep violating their characters because plot — they make it as grueling and abysmal to watch as Jamie’s. They owe us that much.

PreviousOutlander Recap: Scottish History X
Next‘Outlander’ Finale Postmortem: Ronald D. Moore Explains Why It Had to Be That Brutal