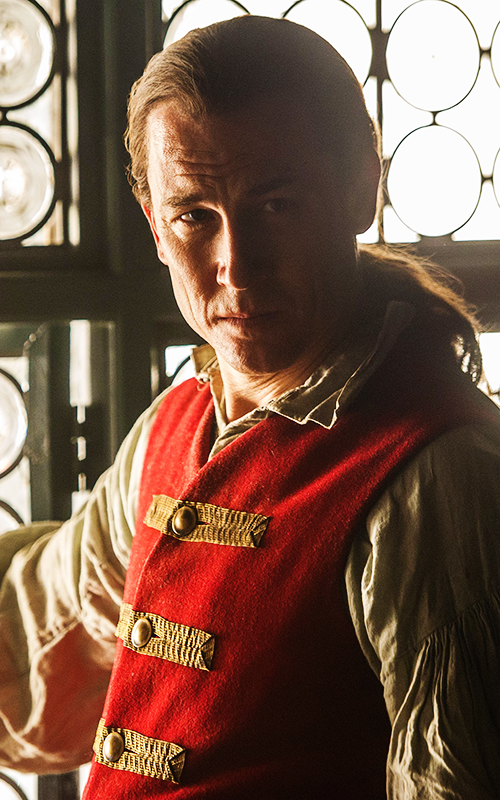 Come Sunday, ″Outlander″ will launch its third season as one of the most popular TV series worldwide.

When it made its debut in 2014 on the premium-cable network Starz, however, it was just another freshman show adapted from yet another book — albeit a lush, sexy and romantic one with a trio of gorgeous, charismatic leads in Caitriona Balfe, Sam Heughan and Tobias Menzies.

″I don’t think any of us saw it coming,″ Menzies said recently by phone from his home in London. ″We hoped it would do well, but how much people have taken to it has been really fun to see.

″Everyone asks why it’s so popular, and that’s a hard question to answer,” he said. “I think it’s quite classic in its structure. It’s a love story, but there’s a lot of thwarted love in our story. The story plays with the idea of that special person, the idea that there is ‘the one’ who’s out there for us. I think the show gives people something to aspire to and a lot of hope.

″And then you’ve got the adventure, you’ve got time-travel and you’ve got all the history that’s involved,″ Menzies continued. ″So there are many elements that make for a pretty varied and interesting story mix.″

Based on a series of novels by Diana Gabaldon, ″Outlander″ centers on Claire Randall (Balfe), a woman caught between two men, two worlds and two times.

Claire is a World War II nurse, married to Frank Randall (Menzies), who mysteriously finds herself in 18th-century Scotland, where she makes the acquaintance of both the heroic Highland warrior Jamie Fraser (Heughan) and Capt. Jonathan ″Black Jack″ Randall (Menzies), a cruel Redcoat who is a distant relative of her 20th-century husband.

Season three will open with Claire and Jamie far apart from each other after Jamie’s participation in the Battle of Culloden, which he has barely survived. Meanwhile, Claire is back home in 1940s Boston, where she and Frank must deal with their marital issues and prepare for the arrival of her baby … which isn’t his.

″I think this season, like the previous two seasons, is very different because we go to so many different places,″ Menzies said. ″You can certainly expect surprises, and the story continues to really move through time and space.

″You’ll see the birth of Brianna and the bringing-up of Brianna, Jamie’s daughter,″ he said. ″We also see that whole bit of the story unfolded out, at length, and we see how it affects Claire and Frank’s marriage.

″And you’ll see Jack, too,″ Menzies continued. ″Frank is the obedient husband, Jack is more a conventional villain, and I think all good stories need a good villain. He’s a proper villain.

″So I think both Frank and Jack contribute in interesting ways to the overall love story.″

Menzies’ challenge from day one has been to create two characters who are completely separate, and yet connected. The opportunity to do that, he said, was what initially attracted him to the project.

″I was interested in playing with these two archetypes, but also with finding their similarities,″ Menzies said. ″That sounded like an interesting route to take, and an interesting game to play with the story and with the audience.

″And it also speaks to the question of, ’What is our relationship with people who have come before us? What do we inherit from them? What carries forward?,‴ he added. ″So that’s been an interesting conversation to have, and it’s been fun for me to play both roles.″

If the show goes by the Gabaldon books, neither Jack nor Frank will be around all that much longer. When the time comes, Menzies said, he’s prepared to say goodbye.

″I’ll miss it a great deal,″ he said. ″It’s been a great three or four years making the show, and I’ve made some very good friends. I’ll miss the cast and exploring my two great characters.

″Everyone has to move on eventually,″ Menzies said. ″But this show, this experience will always have a very dear place in my heart. It’s been a great job.″

″Outlander″ has been one of many jobs for the 43-year-old Brit. He has performed steadily since graduating from the Royal Academy of Dramatic Art in 1998, amassing dozens of stage, film and TV credits and working all over the world.

″I think my first passion was for theater,″ Menzies said. ″That’s what I was interested in watching and doing, and my ambitions were primarily to do with the theater, less to do with screen, I think, at the beginning. Screen acting is something that I’ve learned more about as I’ve worked, and I’ve gotten more and more interested in it as I’ve gone along, but my first love was the theater.”

Given that passion, he said, he tries to work in theater as often as possible.

″I did a play last year, ’Uncle Vanya,″ he said. “Now, in a way, the fun is in the variety — in switching between the stage and the screen, and I’ve been lucky that I’ve been able to go back and forth between them as much as I have.”