‘Outlander’ Stars Break Down the Desperate Deals of ‘The Hail Mary’ 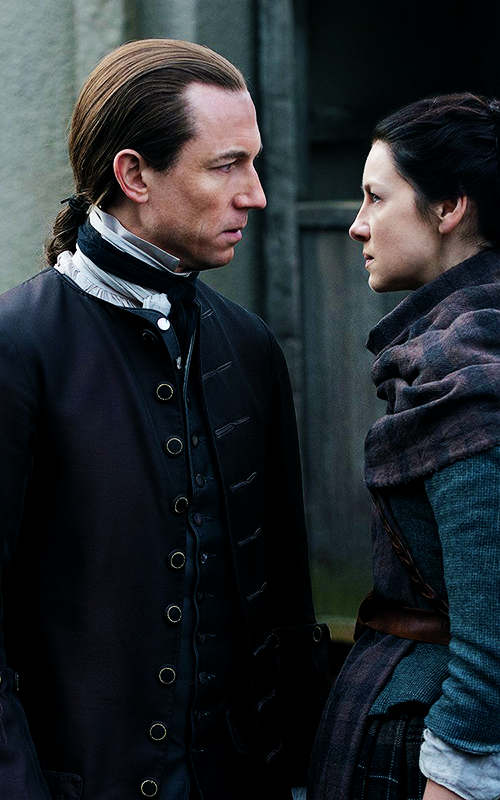 On the eve of the Battle of Culloden, we get a sense of just how dire the circumstances have become for Claire (Caitriona Balfe) and Jamie (Sam Heughan), who are ready to use any means necessary to avert the slaughter that awaits them on April 16, 1746 — even if it means making a deal with Black Jack Randall (Tobias Menzies).

“The inevitability of it is barreling down on them, it feels like a pressure cooker — no matter what they do, no matter what they try, fate is stronger than their will,” Balfe tells Variety. “Claire makes a very, very unusual alliance … It’s less about him, it’s more about Mary Hawkins and Alex, and the guilt she feels over having inserted herself into their relationship before and causing their split for a while. But the fact that she is in contact with Black Jack after everything he’s done and she has to make this alliance for information is so telling about how desperate they are. As an actor, every fiber of your being is screaming there’s no way she would stay in this room because she hates him so much for what he’s done, but Claire is pragmatic and I think she needs his help and she needs that information and she needs to also help Mary Hawkins and Alex. It’s a very tough situation that she’s put herself in, but it’s so indicative of how out of control everything is that even Jamie would allow it.”

Desperate times call for desperate measures, and Jack feels it too; he’s willing to give up vital military information to Claire in exchange for her medical expertise, as we discover that his brother Alex is on death’s door, barely able to take a breath without choking on it.

“It’s a marriage of convenience, for sure, but they both, in different ways, need each other’s help,” Menzies agrees. “In that way, we see the depth of Jack’s feeling for his brother.”

The episode juxtaposes two very different sibling bonds: Jack must deal with his personal demons as he attempts to say goodbye to Alex, while Colum and Dougal MacKenzie struggle to move past their lingering animosity as the clan leader approaches his final hours. Alex chooses (perhaps naively) to believe that his brother’s love is enough to outweigh his darker impulses, entrusting his beloved Mary to Jack’s care, while Colum refuses to see the good in Dougal, passing control of Clan MacKenzie and guardianship of his heir over to his nephew, Jamie, instead of giving his brother a chance to redeem himself.

“The end of Colum’s reign is very sad, very emotional,” Heughan says in Variety’s video recap above, admitting that Colum’s choice to name Jamie as his successor “comes as a slight surprise to [Jamie] and certainly to Dougal. Dougal’s expecting to be given the leadership and the power, but Jamie’s the natural successor and doesn’t want it – he’s finally taken on board the responsibility and [he’s] becoming a new leader.”

That leads to a heartbreaking scene between the two MacKenzies as Dougal, in a stunning performance from Graham McTavish, pours out a lifetime of regret, resentment and an overwhelming desire for acceptance — only to discover that his brother has died without hearing a word of it.

Jack’s farewell to Alex is just as much of a showstopper, albeit for a very different reason. After Alex sees Mary married off to a reluctant Jack, thereby ensuring financial security for her and their unborn child, Alex dies peacefully — but after he’s gone, Jack’s violent nature rears its ugly head, and he viciously beats Alex’s dead body in a shocking and evocative departure from Diana Gabaldon’s novel.

“It was so intense and I think there was a lot of conversation about whether he would do it, whether he wouldn’t,” Balfe recalls of filming the dramatic scene. “There was a thought of ‘do we leave Black Jack with any redeeming qualities?’ I thought it was a really powerful way to show that this is how emotions are worn by this man; this is the perversion within him. This is a man that, when he feels or when he’s made to feel, he deals with that by inflicting pain upon other people. Because ultimately he’s a sadist, and ultimately it’s that perversion and that sickness that has made him do everything he’s done up to this point. It was hard as an actor in those scenes to be like ‘what would your character do at this point?’ because my instinct was to protect Mary, but you’re like, ‘is he going to come after us next?’ The fact that he just straightens his suit and walks out of the room, it’s so chilling. It’s so creepy, and Tobias just does such an amazing job with it.”

Menzies says the scene originally called for Jack to break down in tears, and the final version evolved during filming. “It came out of pretty free conversations on the floor when we were shooting. There was a common feeling that we wanted something emotional from Jack, something that revealed how important his brother’s death was to him,” he says. “In the original writing he just broke down, he wept, but that felt like we’d all seen that scene before, and I suppose the one consistent thing about Jack is that he’s surprising in his responses, so I think there was a common feeling that we needed something odder and weirder in that moment. And in a way, we see that darker nature reclaim Jack. While we were shooting, through talking about it, we came up with the idea that he attacks the body, which feels very transgressive and definitely in the right territory for and consistent with his character. We’ll see how people respond to it.”

He admits that he was pleasantly surprised to see that the scene made the final cut: “It seemed like maybe it was going to be too dark, but I’m glad it made it,” he says. “We didn’t have that long to do it, and in a way it’s a purely physical thing. You don’t see the body at all, it’s mainly just my back, which I think is much more sinister – it’s through suggestion and it’s sold through Claire and Mary’s reaction.”

The episode ends on a particularly dark note in the aftermath of those deaths, with Jamie’s last-ditch effort to avert Culloden being stymied by the arrogance and ineptitude of Prince Charles and his followers. “Jamie has this idea of going on this surprise attack; he knows that they need to do it now, they cannot wait until the point in time that history has foretold that they’re going to lose this battle,” Heughan says. “Ultimately, the commanders and Bonny Prince Charlie have the upper hand, and it feels very desperate.”