17 TV Characters We Will NEVER Forgive—Ranked 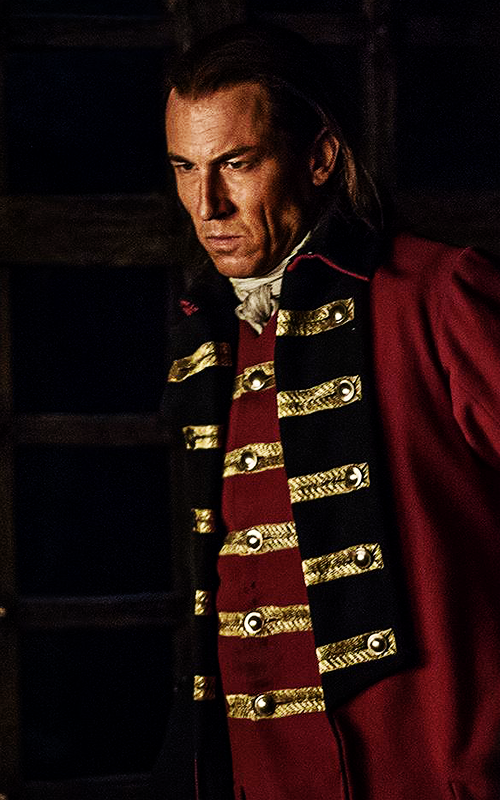 With no tragic backstory to speak of, it appears that the English captain Black Jack Randall is just evil, plain and simple, and he really likes assaulting people, especially when those people are named Jamie Fraser. He’s also very fond of torture and going to great lengths to obliterate what is basically the greatest love story ever told on TV. Really, is there anything more awful?

His portrayer, Tobias Menzies, simultaneously makes us want to punch him all over the face and also shower him with Emmy Awards. Perhaps if we could hit Black Jack all over the face with an Emmy award, that would be a somewhat suitable compromise. 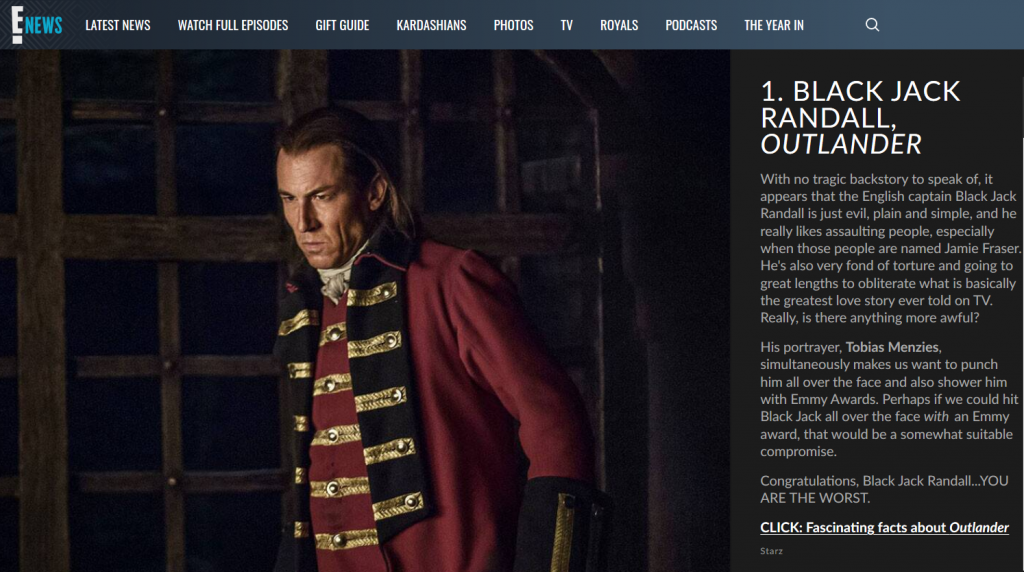 PreviousOUTLANDER’s Sam Heughan and Tobias Menzies on That Black Jack Randall Reveal
Next‘Outlander’ Postmortem: Tobias ‘Black Jack’ Menzies Is Back and Creepier Than Ever